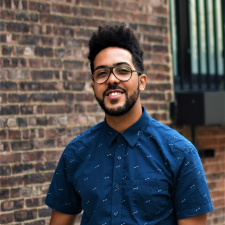 Dr. Gustavo Silva is an Assistant Professor of Biology at Duke University where he runs a research laboratory studying the regulation of protein synthesis as a new tool to investigate cellular response to stress. Dr. Silva research has been supported by NIH and NSF awards and the multi-disciplinary nature of his research allowed him to collaborate with academic researchers and biotech companies through research grants and NIH Small Business Innovation Research awards.Dr. Silva is a biologist who earned his B.S., Lic, and Ph.D. from the University of São Paulo, followed by a post-doctoral training at New York University, where he held a joint position as the Proteomics Core Manager in the Department of Biology. He is an advocate for diversity, inclusion, and transformation in higher education and in the STEM field (Science Technology Engineering and Mathematics). Dr. Silva worked as mentor for high-school and college students, co-organized and co-directed the NYU Summer Program for Underrepresented Students, and currently serves in the Minority Affairs Committee in the American Society for Biochemistry and Molecular Biology (ASBMB) and as Ambassador for the Annual Biomedical Research Conference for Minority Students (ABRCMS). He is one of the co-founders of the Black Think Tank at Duke University aiming at connecting and developing the community of Black faculty, promoting a more equitable space, and bridging sciences to humanities and social sciences around race and race relations 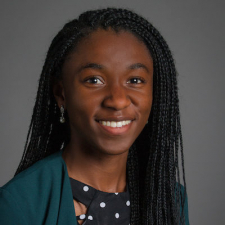 Allayne Thomas is an International Comparative Studies student interested in international law, human rights, migrant and women issues, and poetry. Over the course of her time at Duke she has been involved in mentoring and tutoring minors who are forced migrants, interning at a arts-centered non-profit in the Mississippi Delta, working at the Department of Justice & Equality’s Office for the Promotion of Migrant Integration in Dublin, Ireland, competing at the national collegiate poetry slam invitational (CUPSI), and more. Each experience and opportunity has deepened her passion for understanding the complexities and intersections of race, migration, the law, and poetry. She is currently completing a thesis studying the unique message we can glean from poetry written by women about their diasporic experiences.  After graduation, she plans to further her study in law school and work towards equity and progress in the world. 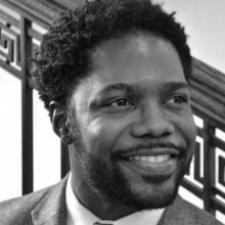 Dr. Jarvis C. McInnis is an Assistant Professor in the English Department. He is a proud graduate of Tougaloo College in Jackson, Mississippi, where he earned a BA in English, and Columbia University in the City of New York, where he earned a Ph.D. in English & Comparative Literature. McInnis is an interdisciplinary scholar of African American & African Diaspora literature and culture, with teaching and research interests in the global south (primarily the US South and the Caribbean), sound studies, performance studies, and visual culture. He is currently at work on his first book project, tentatively titled, “The Afterlives of the Plantation: Aesthetics, Labor, and Diaspora in the Global Black South,” which aims to reorient the geographic contours of black transnationalism and diaspora by interrogating the hemispheric linkages between southern African American and Caribbean writers, intellectuals, and cultures in the early twentieth century. McInnis’s research has been supported by numerous grants and fellowships, including the Mellon Mays Undergraduate Fellowship, the Ford Foundation Pre-doctoral and Dissertation Fellowships, Princeton University’s Department of African American Studies postdoctoral fellowship, the Summer Institute on Tenure and Professional Advancement, and the First Book Institute. His work appears or is forthcoming in journals and venues such as Callaloo, MELUS, Mississippi Quarterly, Public Books, The Global South, American Literature, and American Literary History. At Duke, McInnis also serves as a co-convener of the Representing Migration Humanities Lab, where he trains undergraduate and graduate students on the theory and praxis of the archive, using the Marcus Garvey and Universal Negro Improvement Association collection in the Rubenstein Library. 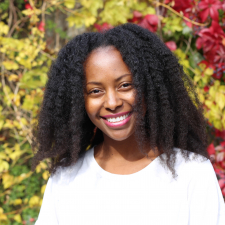 Dr. Patrice D. Douglass is Assistant Professor of Gender, Sexuality, and Feminist Studies at Duke University. She received her PhD in Culture and Theory from the University of California, Irvine. Her research interests include black feminist theory, the legal archive of slavery, political theory, and gender theory. In 2015, Patrice served as the Research Ambassador to the Universität Bremen, Germany where she contributed to the workshop series "Internationalization at Home." Patrice is currently at work on her first book project, tentatively titled, Politicizing Gender: Sociogeny, Violence, and Narrative in Black, which interrogates the narrative assumptions of political and gender theory by reading critical works in contradistinction to Black feminist engagements with the appearances of sexual violence against the enslaved in antebellum case law. Patrice’s publications have appeared and are forthcoming in The Black Scholar, Zeitschrift für Anglistik und Amerikanistik: A Quarterly of Language, Literature and Culture, Theory and Event, Journal of Visual Culture, and Oxford Bibliographies. 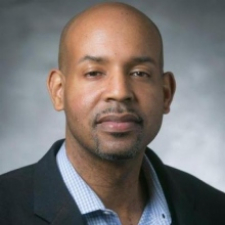 Joseph Winters is an assistant professor of Religious Studies with a secondary position in the Department of African and African American Studies. His interests lie in African-American Religious Thought, Religion and Critical Theory, Af-Am Literature, and Continental philosophy. Overall, his project is concerned with troubling and expanding our understanding of black religiosity and black piety by drawing on resources from Af-Am literature, philosophy, and critical theory. Winters' first book, Hope Draped in Black: Race, Melancholy, and the Agony of Progress (Duke University Press, June 2016) examines how black literature and aesthetic practices challenge post-racial fantasies and triumphant accounts of freedom. The book shows how authors like WEB Du Bois and Toni Morrison link hope and possibility to melancholy, remembrance, and a recalcitrant sense of the tragic. 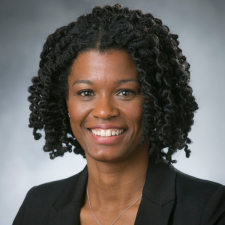 Kai Kennedy serves as Associate Professor in the Department of Physical Therapy and Rehabilitation Science at the University of California, San Francisco. Dr. Kennedy earned her B.S. In Kinesiological Sciences from the University of Maryland, College Park and her Doctor of Physical Therapy (DPT) from Virginia Commonwealth University. After more than 8 years of full time clinical practice, she served as the founding Director of Clinical Education at Mary Baldwin University before joining the faculty at Duke University as the Director of Community and Global Outreach in the Division of Physical Therapy. Dr. Kennedy’s work aims to improve health equity, with an emphasis on functional mobility, in a continuum of professional, educational, community-based, and international environments. She is the first physical therapist to be selected as an Atlantic Fellow for Health Equity. Dr. Kennedy is one of the initial contributors to the Black Think Tank at Duke University aiming at connecting and developing the community of Black faculty, including those in health sciences, promoting a more equitable learning and professional spaces, and cultivating interprofessional collaboration around race and race relations. 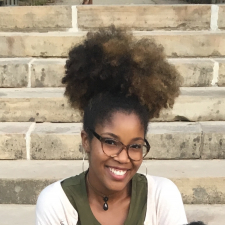 Chloe Ricks is a native of Greenwood, Mississippi interested in comparative racial politics between the U.S. South and Brazil. She graduated with Highest Distinction in the International Comparative Studies Department in May 2018 after completing a senior honors thesis entitled “’Last Stop Destination’: Poverty, Anti-blackness and University Education in the Mississippi Delta and the Baixada Fluminense," that co-received the ICS 2018 Distinguished Thesis Award. Ricks is currently working toward a Master of Arts in Liberal Studies with plans at Duke. As a first-generation college student aiming to use academia as a tool for liberation, Ricks is committed to investigating the experiences of the globally marginalized in order to uncover what structural barriers exist worldwide. 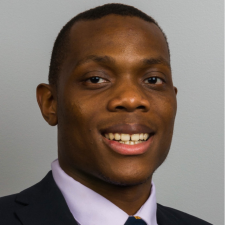 Ikenna R. Ugwu is a Master’s Degree student at Duke’s Fuqua’s School of Business with an interest in brand and strategy management. He completed his undergraduate education at University of Massachusetts Amherst in 2018 where he served as a member of the Student Bridges, an organization dedicated to bridging the gap between black people in America of various African descent and as a student ambassador facilitating alumni donations. Ikenna remains deeply interested in people and their motivations and hopes to use that philosophy in creating winning brand strategies for the future.